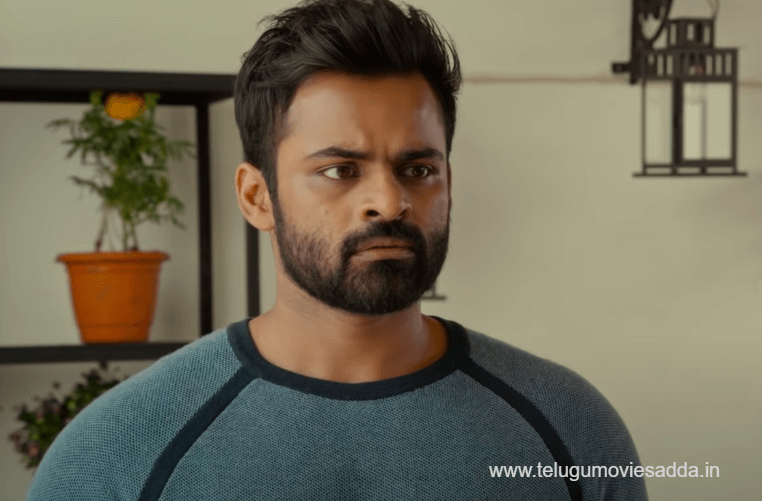 After a long wait, the theatres have opened and the good sign is that the cinephiles have thronged to their nearby cinema to experience the theatrical magic. SBSB is the first theatrical release post lockdown. Many are Curiously waiting for the film’s result as it will make people walk to theatres again and make a sound in the film trade if it does well during this time.

Solo Brathuke So Better means A single life is like Heaven one should not miss the fun being Single light-hearted Movie Offered by debutant director Subbu. It was well Promoted by all Industry People with a Heart in this Pandemic Time.

Virat (Sai Dharam Tej) wanted to stay single for whole Life, He is like New age Baba follows Sigledom as his main Motive. He not only follows but also wanted people to follow his philosophy. His life is going good until Virat realizes that Singledom is Meaningless and living without a soul. But Destiny has another plan that Virat falls in Love with His follower of Singledom who is Amrutha (Nabha Natesh) and the rest story is all about the realization of Amrutha about Being single is soulless.

Sai DharamTej Did it with Ease as Virat. His performance in comedy scenes and Emotional scenes is Top Notch. Nabha Natesh plays a Bubbly role. She is Decent according to the Role. Rao Ramesh’s character is not properly cooked but his Performance, as usual, talked about. Senior Actors Rajendra Prasad as a heroine’s father and Naresh as a hero’s father Did their best. Two Comic roles played by Vennela Kishore’s and Satya their comedy works in between.

Debutante director Subbu came with a story depends on the hero’s characterization based story and gave a commercial touch to it. Initially, the film looked a bit Confusing. But as the Story goes further His direction gets better. Some Scenes are fun to watch, but the director failed in emotional parts of the film. Thaman scored a couple of good songs. Hey, Idi Nenena Idi Nijamena and No Pelli are Worthy. Not much scope for Background Score. Cinematography is Decent. Film’s Editing is good. Production values are Decent.

Solo Brathuke So Better is a character-driven Story where the protagonist addresses the benefits of being single. that relies on humour, for the most part, to get its point across, especially when it comes to Virat’s frustration He doesn’t have family emotions and hangs out with his single friends all the time. When all his friends getting married they leave him Single. He realizes how hard it is to spend a single life. After a While, he realizes that Solo life is Soulless and looks for a Bride for him.

Here Comes the twist in his story he loves a girl who is a follower of his single dome Ideology. He waits for the heroine to realize the fact that he realized to be single is Soulless and everyone should need Partner to share and express your feelings. It has a predictable ending and the most of the comedy scenes didn’t generate comedy and the Director lost control on the story in the ending and didn’t able to deliver good emotional scenes and Comedy scenes. Having a well-know cast Director Didn’t utilise them properly and not able to Deliver a complete cooked Product.

The story goes in a Hurry. There is No Proper explanation for the Motive of a hero and Why he wanted to follow Singledom, It opens Directly from the issue but there is no Backstory why he Behaves like that or why he wanted to Single.

Venkat Dileep’s Visuals are appreciable and Editing of Naveen Nooli is Decent and talked about. But this Christmas and New Year we Don’t have a proper celebration. Let us wait for the Year ahead.