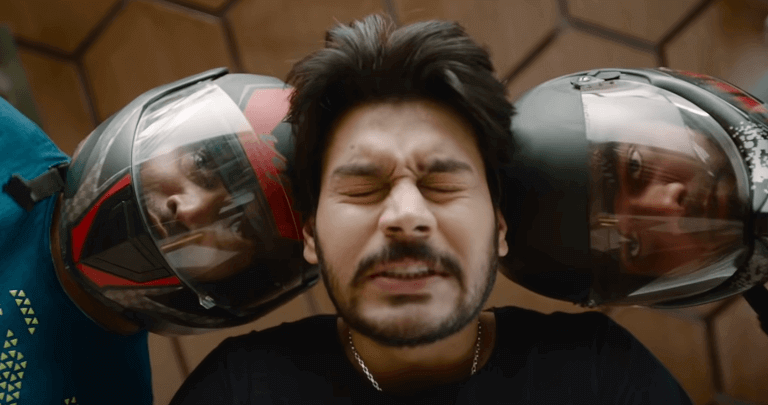 The Music composed by Bheems Ceciroleo while cinematography done by Shiva G and it is edited by Kishore Maddali. The film is produced by K L Damodar Prasad under Sri Ranjith Movies banner.

The makers also released the first look of Ammu Abhirami who is playing the role of Umaa in FCUK. The upcoming movie has created ripples with movie posters of Jagapati Babu and Baby Saharshitha. The poster presents acclaimed Tamil heroine Ammu Abhirami. The medical coat and stethoscope in her hand in the poster are the indication of the actor’s role as doctor in the film.

Karthiks father, Jagapathibabu is a romantic person who used to be in a comic way. He is a happy man and used to poke girls for fun. Karthik is an entrepreneur and he is the relaxed and easy going guy. He will meet a traditional girl who is a pediatrician and she belongs to a decent family.

Jagapati Babu is the son of an expert producer-director and the key person of ‘Jagapathi Arts’ V.B. Rajendra Prasad. He mainly acts in films of the family and comedy genre. He also tries his hand at action films from time to time. He has firmly established his credentials as an actor by portraying a variety of roles and has worked with eminent directors like Ramgopal Varma, Krishna Vamsi, Guna Sekhar, Suresh Krishna and Mani Ratnam.

Ram Karthik is an Indian film Actor, who has worked predominantly in Telugu movie industry. Ram has worked in popular movies like Mouname Ishtam, Akkadokaduntadu. Ram’s previous film to hit the theatres was Mouname Ishtam in the year 2019.

Brahmaji is an Indian film Actor, who has worked predominantly in Telugu movie industry. Brahmaji has worked in popular movies like Alludu Adhurs, Thimmarusu. Brahmaji’s previous film to hit the theatres was Alludu Adhurs in the year 2021.